A Day on the Whistle Stop Tour 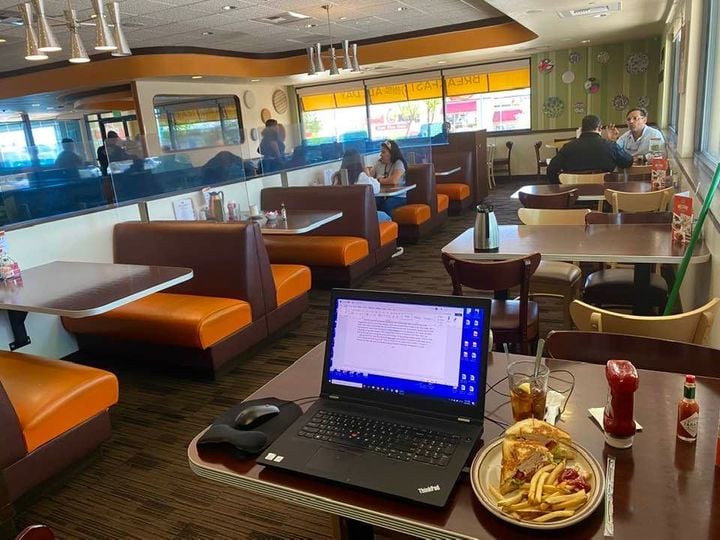 I’m sitting here at a quintessential American Café, with a bottomless glass of ice tea, a staff that doesn’t seem to care if I stay here forever, and a piece of berry pie with ice cream beckoning me from the menu. But first, here’s an update from the road.
What does a day on The Great American Whistle Stop Book Tour look like? No two stops and no two days are the same, every event holding surprises. 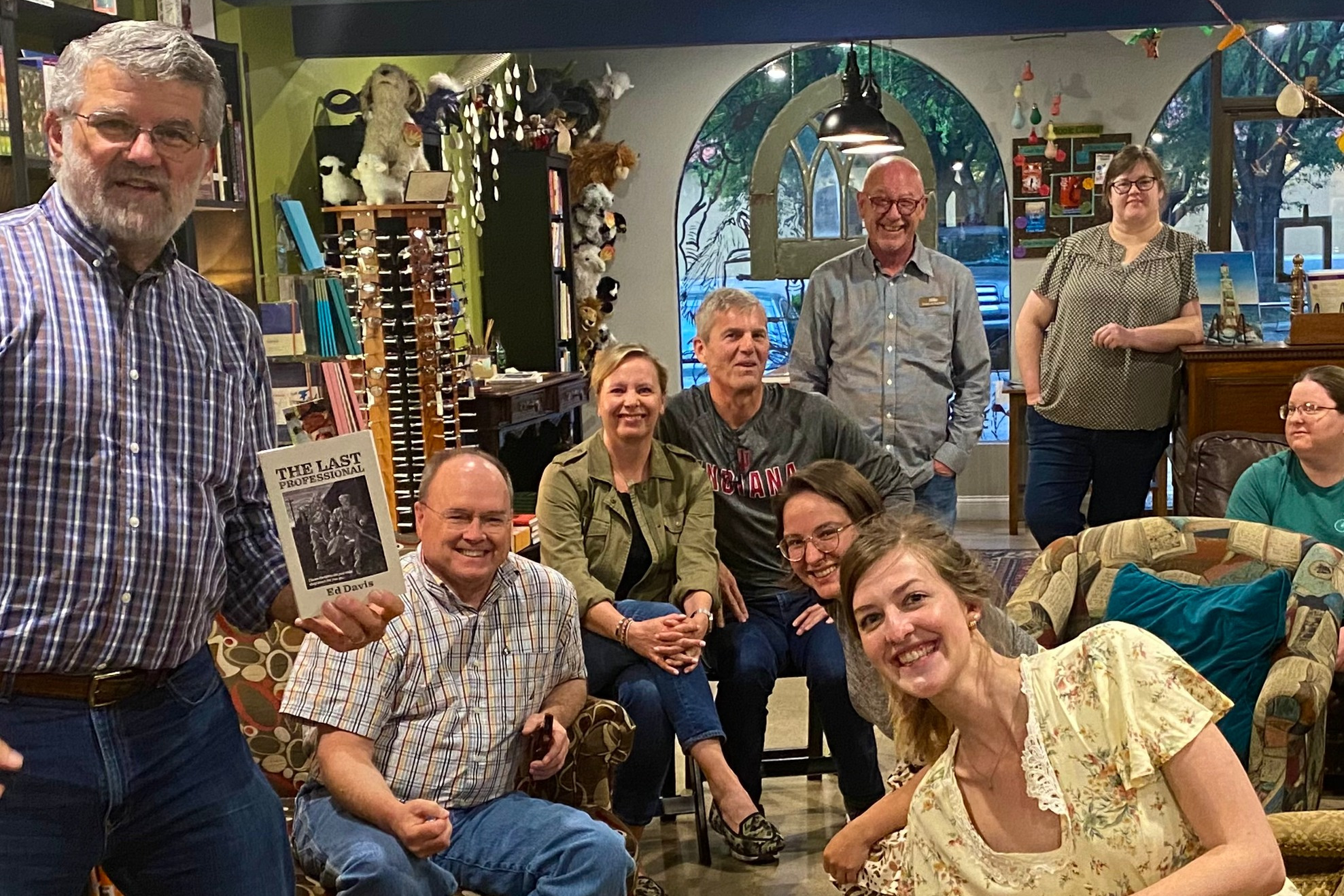 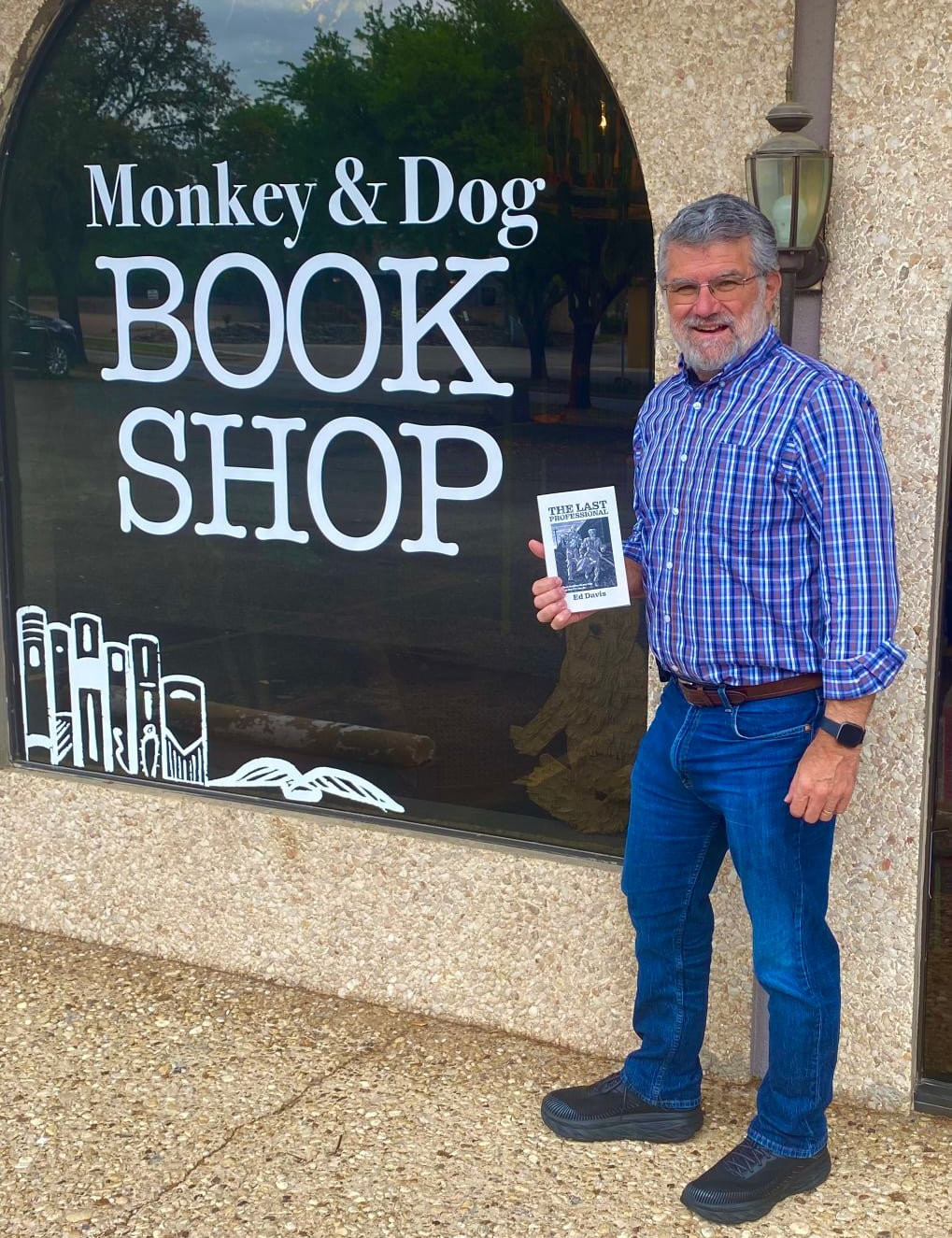 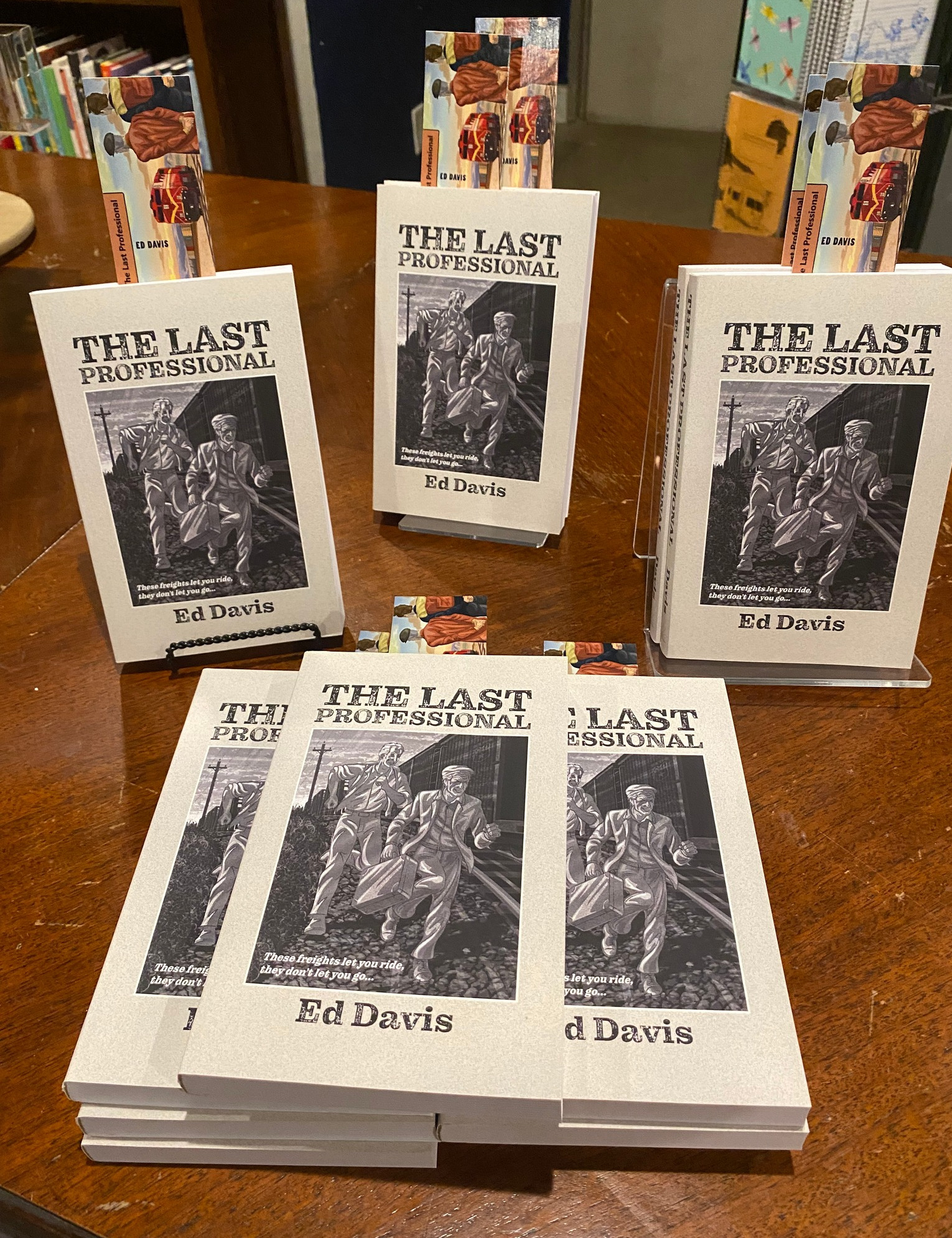 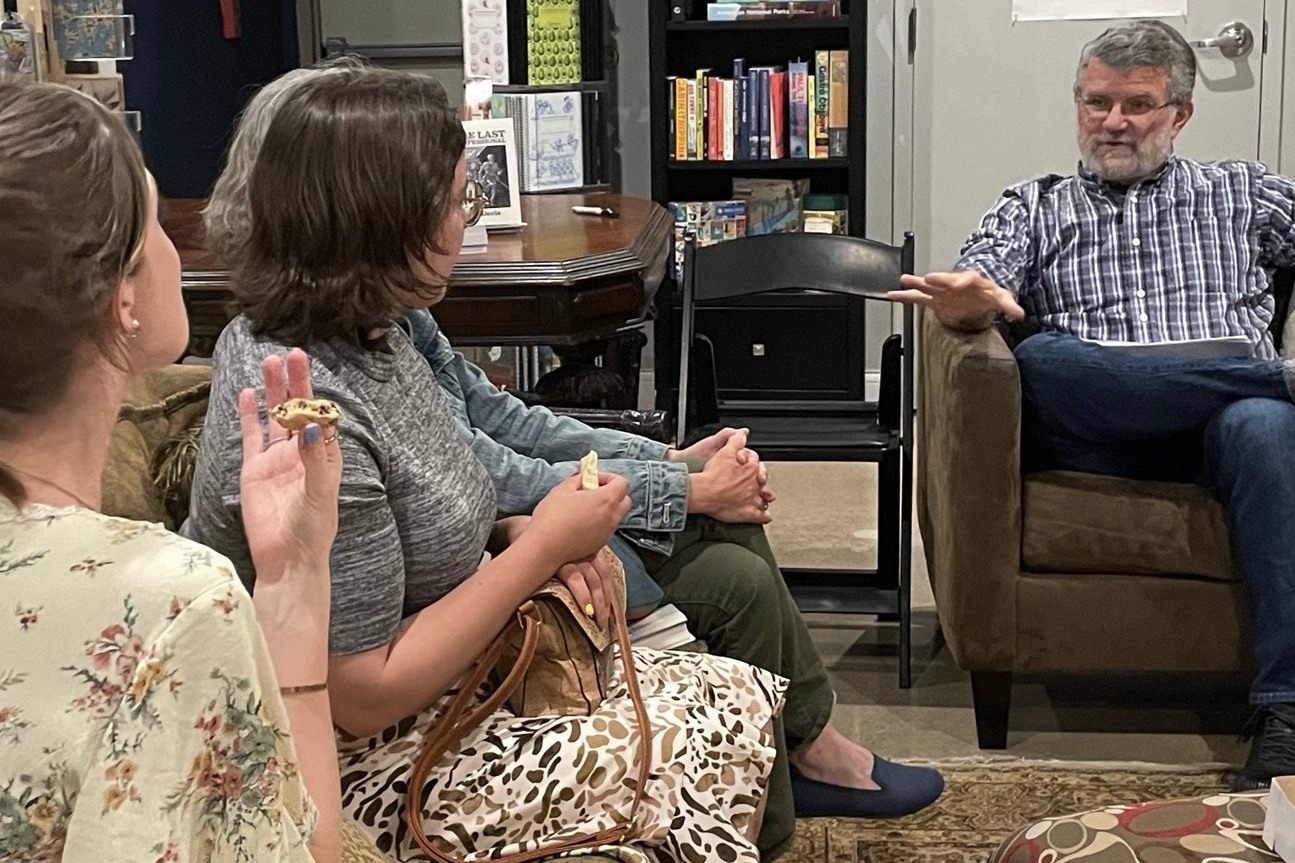 Amtrak’s Texas Eagle from St. Louis pulled in right on time. From Union Station it was a short walk to my hotel in the Historic District. Grabbed a bite of lunch at The Press Box Grill up on Main, then called for a Lyft to take me out to Monkey and Dog Books in Fort Worth. What a delightful store. I felt at home the moment I walked in the door, and that was before I met the remarkable staff. We had a great turnout, and excellent questions. After, Will Lowe invited me out for dinner. Will and his wife Shelley are co-owners. When he isn’t stocking shelves at the store, Will is plying his other trade—as a hand surgeon.

During the half-hour Lyft ride back to Dallas, the driver, a talkative retired fellow, began sharing his health history. When we reach a certain age, that’s what we do. Each medical episode he recounted, and he had plenty, seemed to have resulted in some diminishment of his physical capacity. Over the last several years he’d lost vision in one eye, his hearing was nearly gone, he’d lost feeling in his left leg (fortunately the car was an automatic), and he couldn’t grip with his right hand. It put me in mind of a classified ad for a lost dog. “Blind in one eye, only has three legs, left ear missing, and can’t hear very well. Answers to Lucky—but you need to shout.”

I felt lucky when this fellow dropped me at my hotel.

The next day started with Adrian Gomes interviewing me, via telephone, for The Albuquerque Journal. Adrian is a train lover, so the detail of his questions was matched only by his enthusiasm for the topic. That was followed by a Zoom session with Teresa Robinson of New Mexico Entertainment. If Adrian has a rival for high energy and affability, Teresa might just be it. 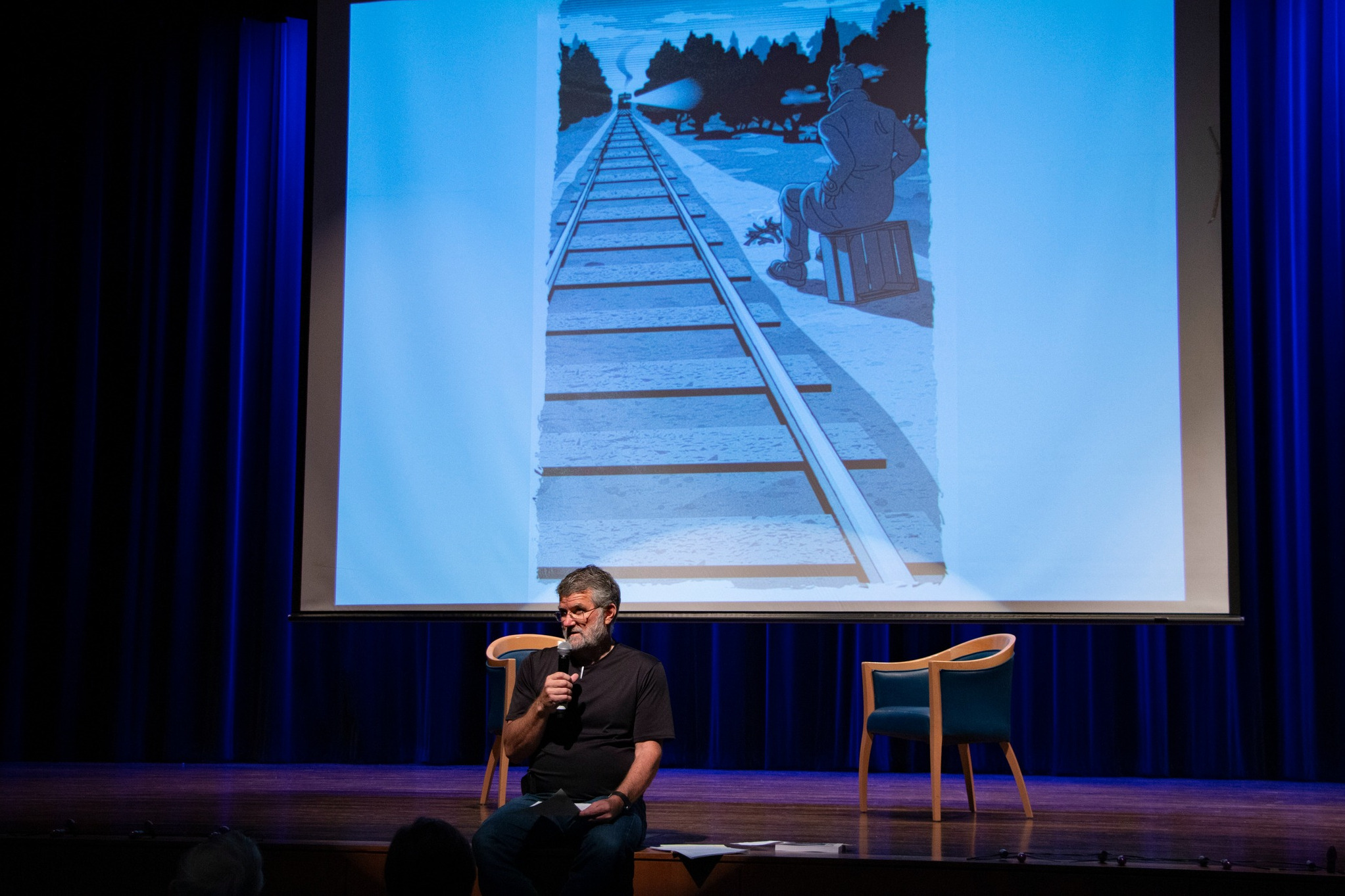 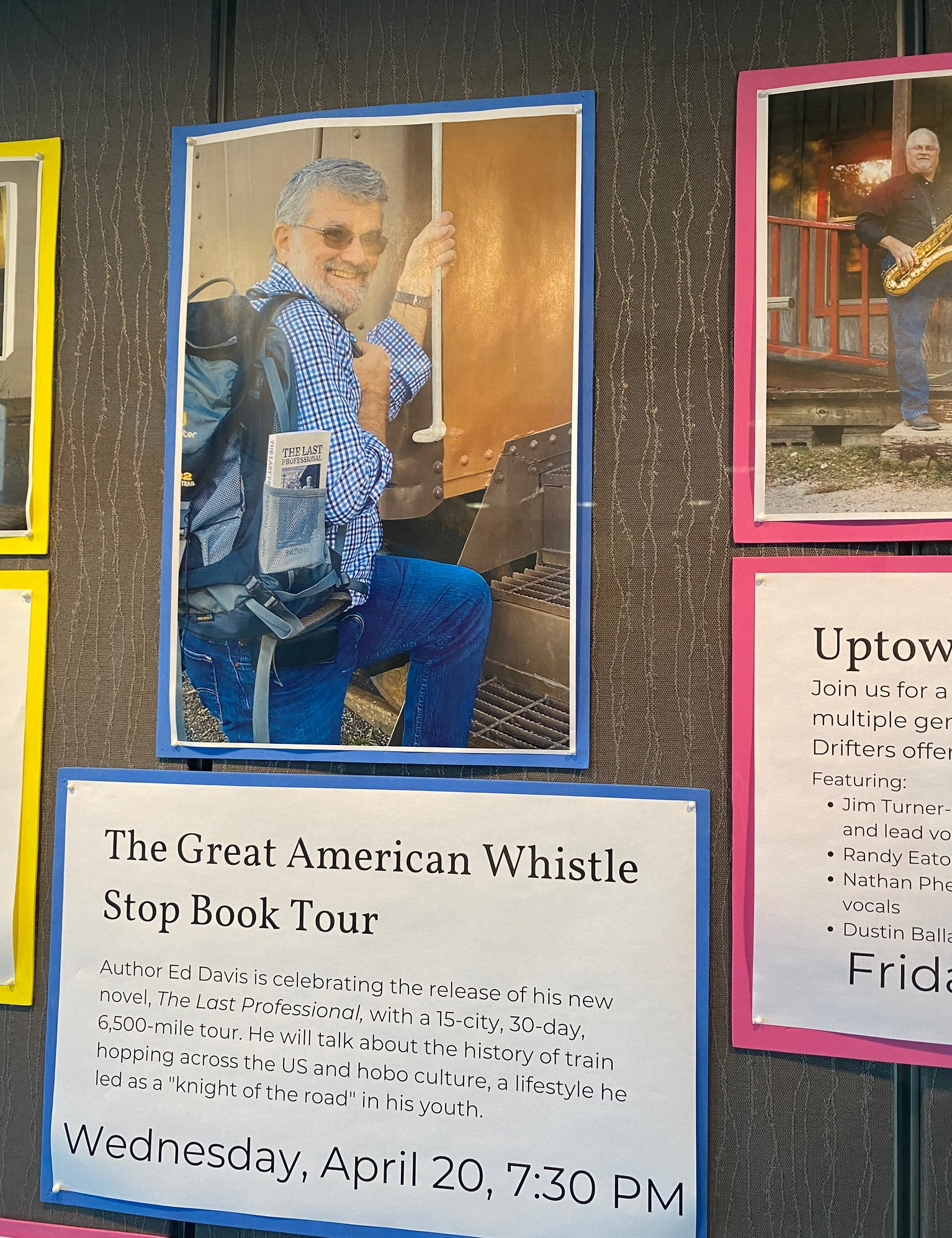 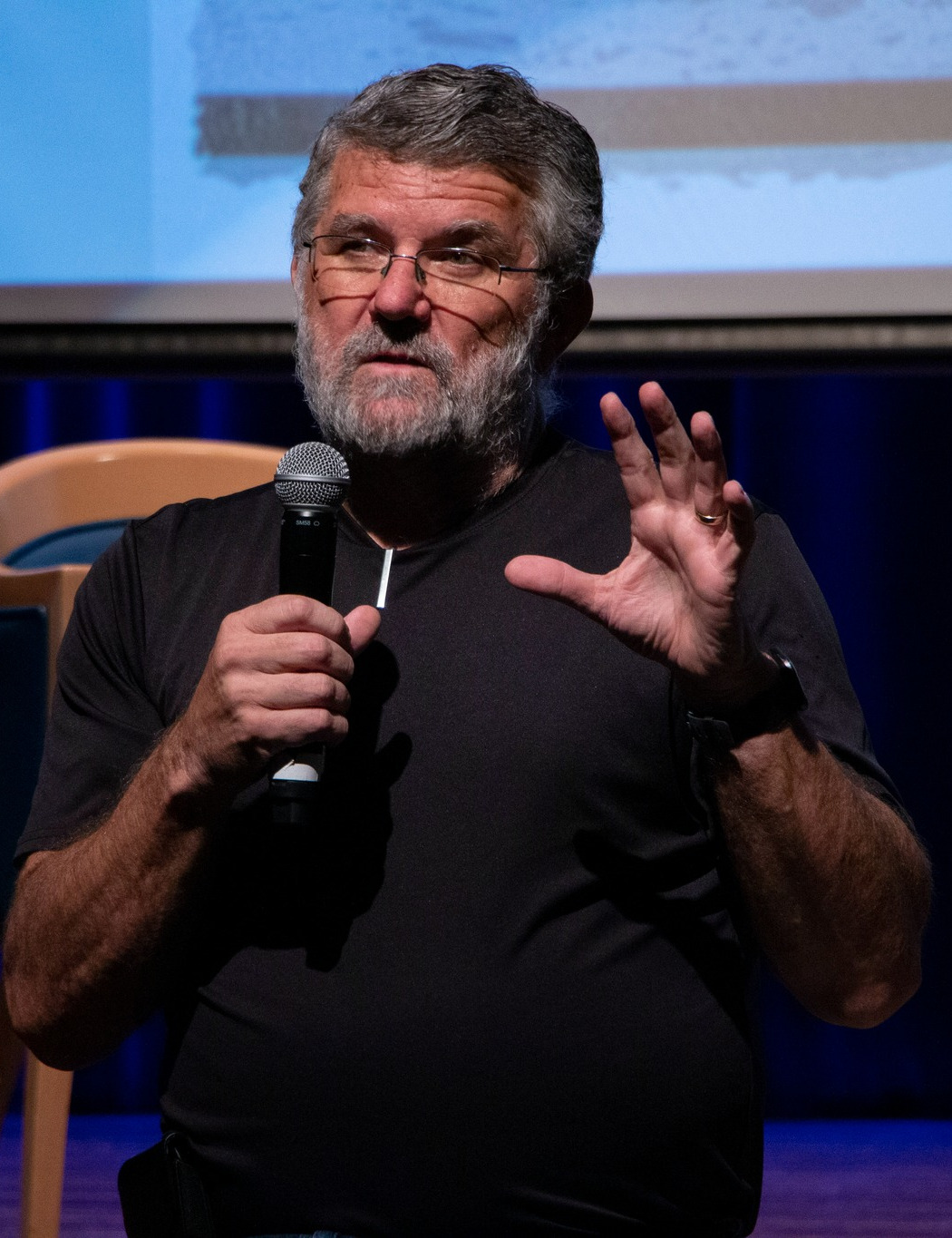 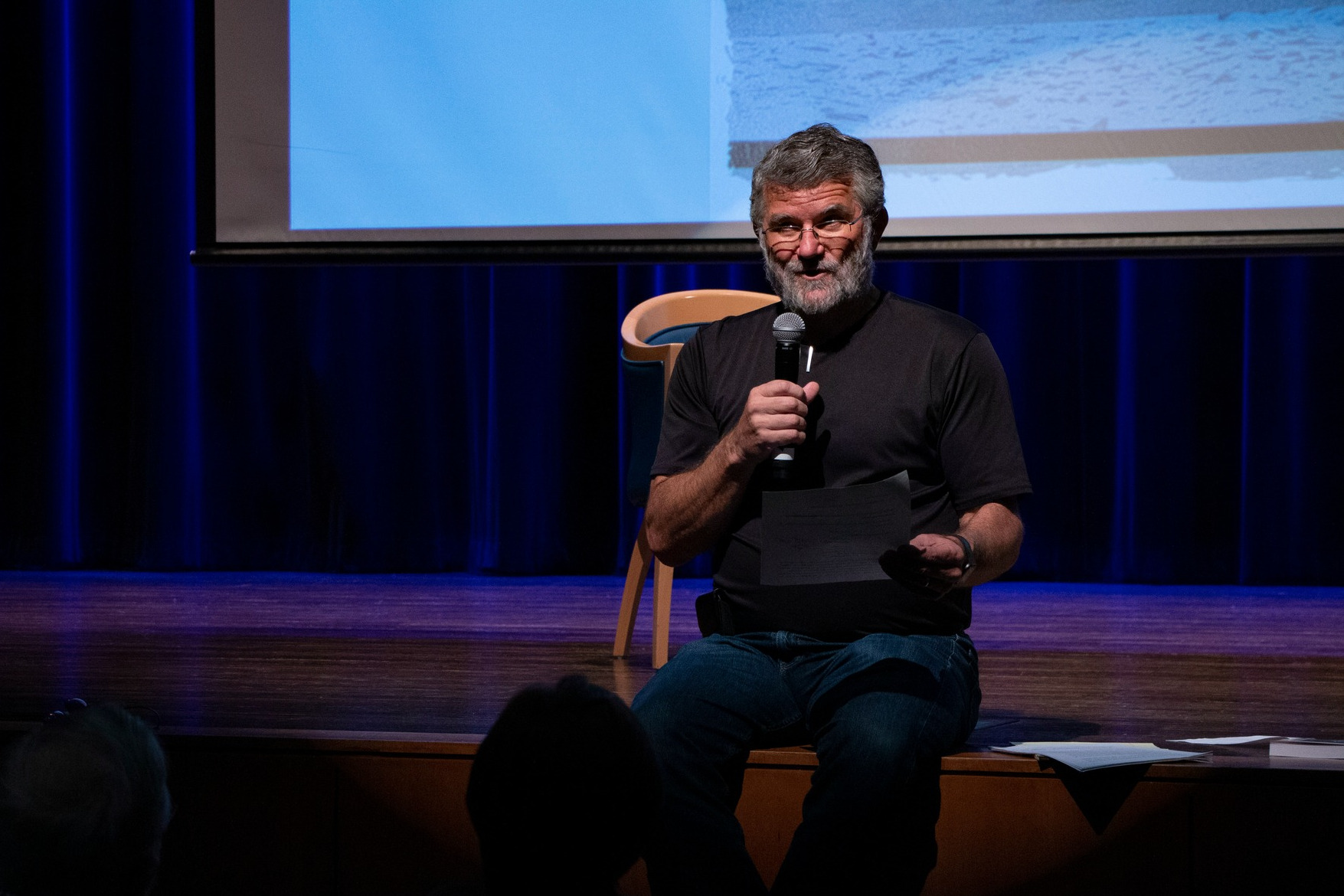 Then it was another Lyft ride (young fellow driving this time, no talk of ailments) out to Allen, Texas, to the extraordinary Allen Public Library. In addition to every library amenity you might imagine, they have a full café on site, and an auditorium that seats—gulp—over two hundred (more on that in a minute). The driving force behind their educational programs is a wonderful raconteur, historian, and local legend named Tom Keener. Though I was the scheduled speaker, I could easily have spent all evening listening to Tom’s stories of the old days in Allen, he seems to know them all.

Before the event began, Tom and his camera crew took me out to the Allen Stone Dam, a few miles from the library. Originally created to provide water for the steam locomotives that stopped there, it is a beautiful piece of historical and engineering restoration. It was also the site of Allen’s hobo jungle, hence the connection to my event. This was my first “remote—on camera” interview from the trip, and it was a high point to be sure. Though Tom did keep telling me to keep an eye open for the water moccasins. 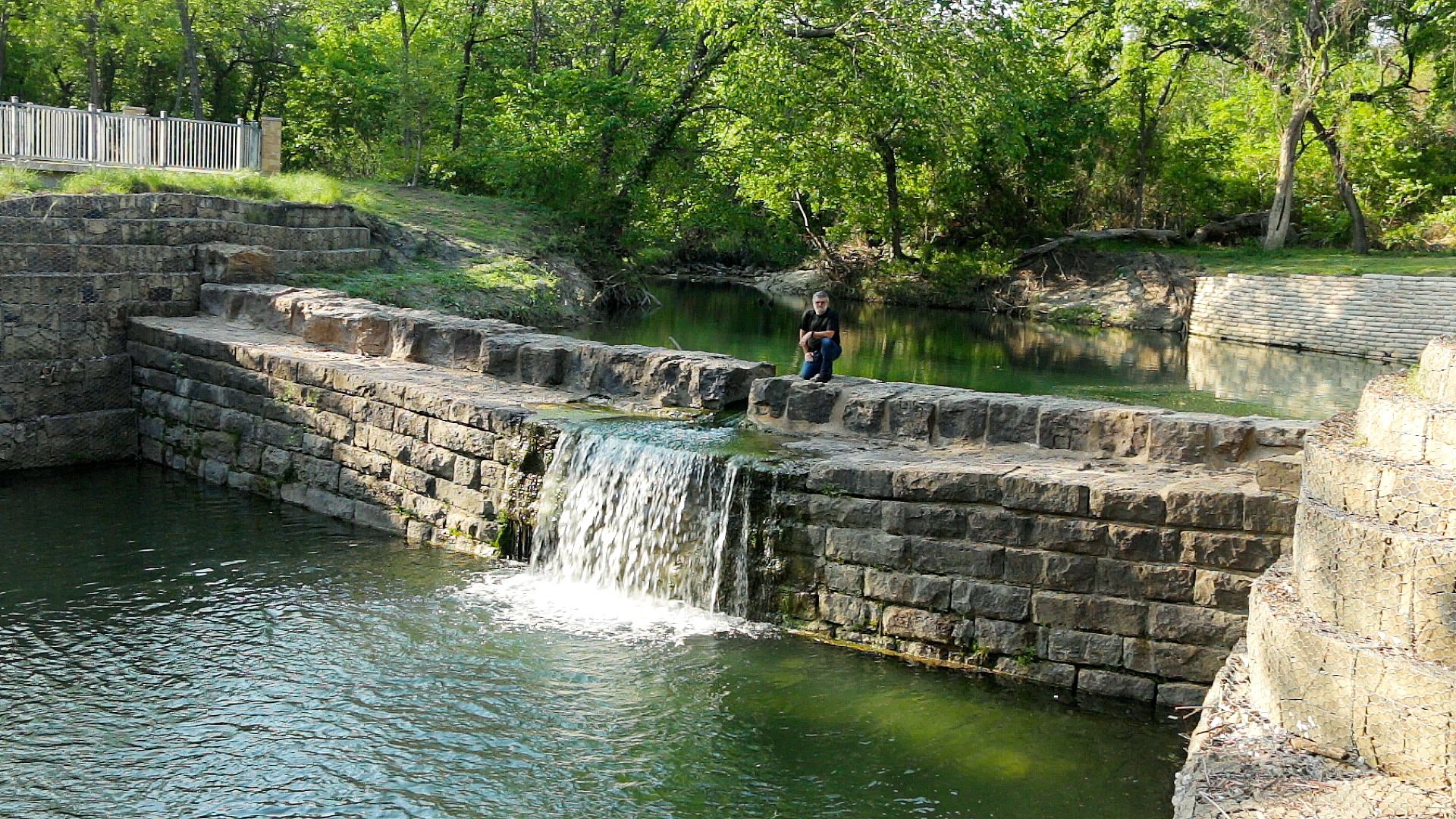 Back at the auditorium, I explained to Tom and his crew that while I might draw a couple of dozen folks, I was unlikely to draw a couple of hundred. I try to make all of these events as personal and informal as possible—telling those in attendance to imagine that we are just gathering around a hobo jungle fire, swapping stories. We reconfigured the lighting so I could sit and dangle my legs over the front edge of the stage, as if I were sitting in an open boxcar door. With a little encouragement I was able to get most of those in attendance to come down front. It worked out just right.

Will, from Monkey and Dog, came over to handle the book sales. After the event was wrapped up, he insisted that downtown Dallas was on his way home. I didn’t buy it but didn’t protest too much. Will and I had hit it off the night before—chatting over dinner more like old friends than new acquaintances. This tour has reminded me that such opportunities always exist, whether across the country or across the street—there to enrich our lives if only we can recognize them.

No Lyft ride this time, but a chance to spend quality time with a truly quality man.